RAYMOND ARTHUR POWELL- CRIMINAL behind the wikifraud site – KNOWN AS RAY THE RAT – EX-CAR SALES MAN FOUND HIDING OUT IN BRISBANE AUSTRALIA WILL SOON BE CHARGED WITH THE $150,000 BLACKMAIL OF BILL FIELD & V2PAY SHAREHOLDERS INCLUDING IMPERSONATING A POLICE DETECTIVE IN ADDITION TO NUMEROUS OTHER DEFAMATIONS & MENACING CRIMES.

WIKIFRAUD AND ITS $150,000 BLACKMAIL ATTEMPT ON BILL FIELD & V2PAY SHAREHOLDERS

Bill Field & V2PAY shareholders were targeted in $150,000 Blackmail sting by an ex-used car salesman hiding out in Brisbane Australia. Raymond Powell is one of the men behind the wikifrauds website (Ray the Rat) Raymond Arthur Powell, appears to be one of several online criminals involved in the attempted Blackmail – extortion – impersonating a police Detective – attempted fraud on V2PAY shareholders and Bill Field the founder – obtaining by deception and distorting material and publishing to menace to extort $150,000 from Bill Field and V2PAY shareholders is SOON TO BE CHARGED with a number of offences which could lead to a 14 year jail term. Ray Powell the Blackmailer and police imposter, Ray (Raymond Powell of Brisbane Australia) is one of several criminal gang members; soon to be named and charged in the Blackmail of Bill Field and V2PAY shareholders.

V2PAY is evolving to become a Global Digital Bank by 2020 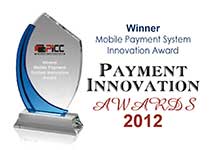 V2PAY  has a 15 year progressive evolution  as a financial services solutions developer, evolving to become a Bank

No new investors added since 2014

Our philosophy is to produce state-of-the-art solutions that enable traditional industries using traditional methodologies to embrace the ever-changing consumer landscape that is driven by convergence technologies. Smartphones have redefined the way we communicate, the way we do business and the way we transact.

V2PAY Global Payment Solutions are developed as "white label" solutions that enable businesses to leverage the familiarity and awareness of their own brand with their customer base, whilst using the V2PAY system solution at the back end to provide access to the smartest payment and transactional technology solutions available on the market today.

The V2PAY Global Payment Solutions have been designed and engineered to integrate and comply with existing global financial infrastructure and processes.